David Crowder has been a powerful force in the world of Contemporary Christian Music for decades. As the lead vocalist of the David Crowder Band until the group disbanded in 2012 and as a solo artist since, Crowder is an award-winning artist, including multiple GMA Dove Awards, as well as a nomination for a Grammy in 2005 for the band’s album A Collision. Haverstick Designs had the opportunity to design a fully functioning recording space for Crowder to flex his creative muscles from the comfort of his home in Atlanta, Georgia.

The 400-square-foot control room features a stretch-fabric system by Simplified Acoustics, which handled all of the interior acoustical treatment and lighting installation. Custom perforated acoustical panels that are backlit with color-changing LEDs help to set the mood in the studio, along with a unique rear wall bass trap that utilizes modern artwork covered with a clear quadratic residue diffuser. The living room above that has tall, vaulted ceilings is also wired up to be used for drum tracking. 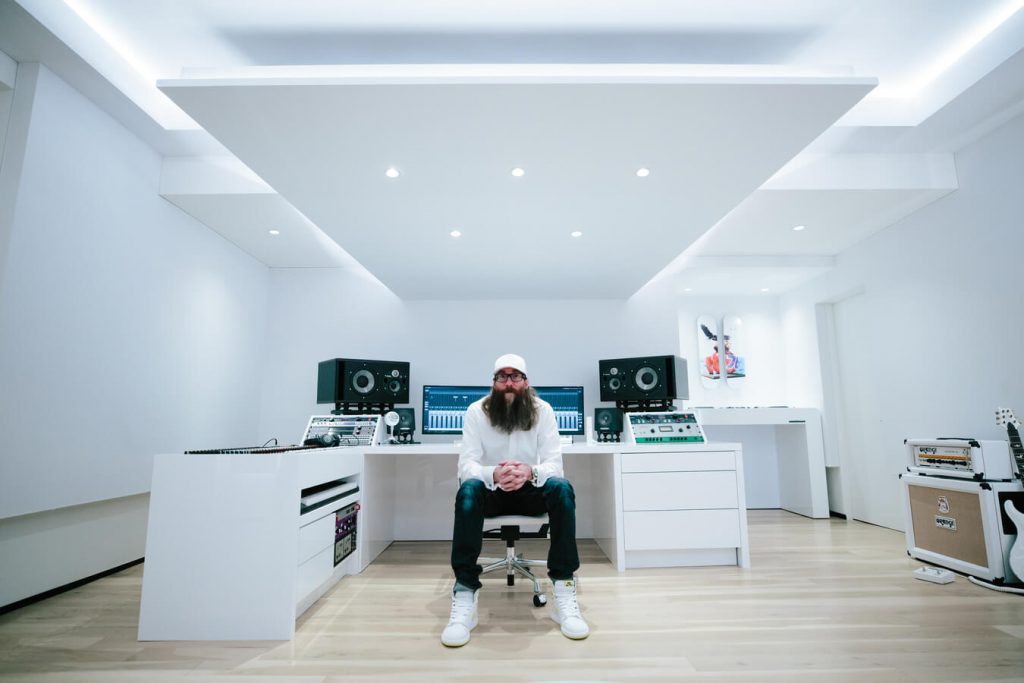 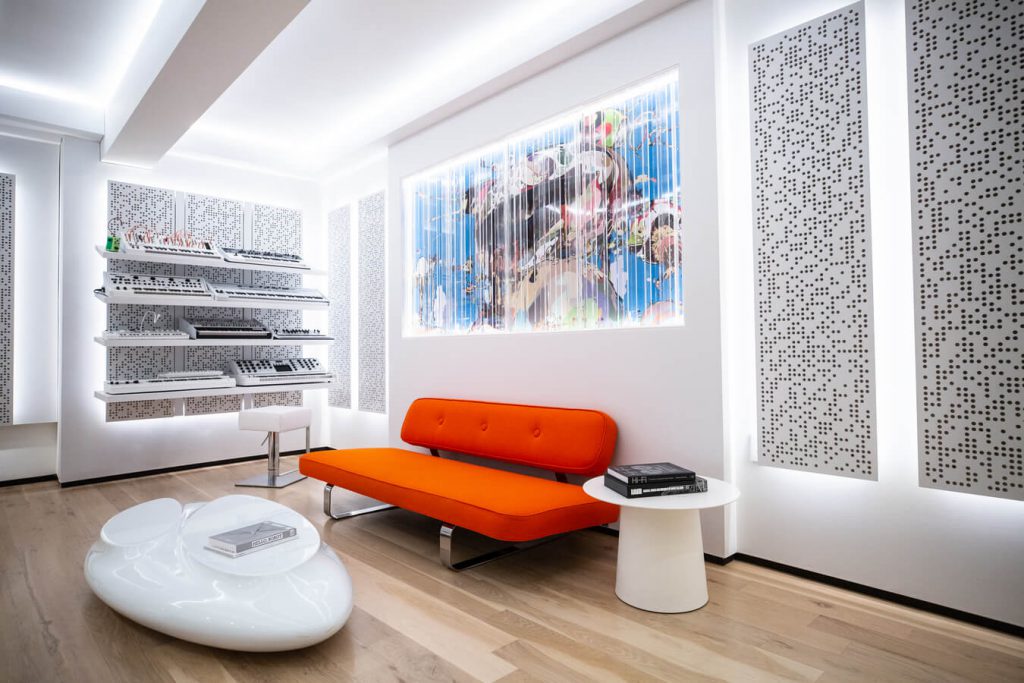 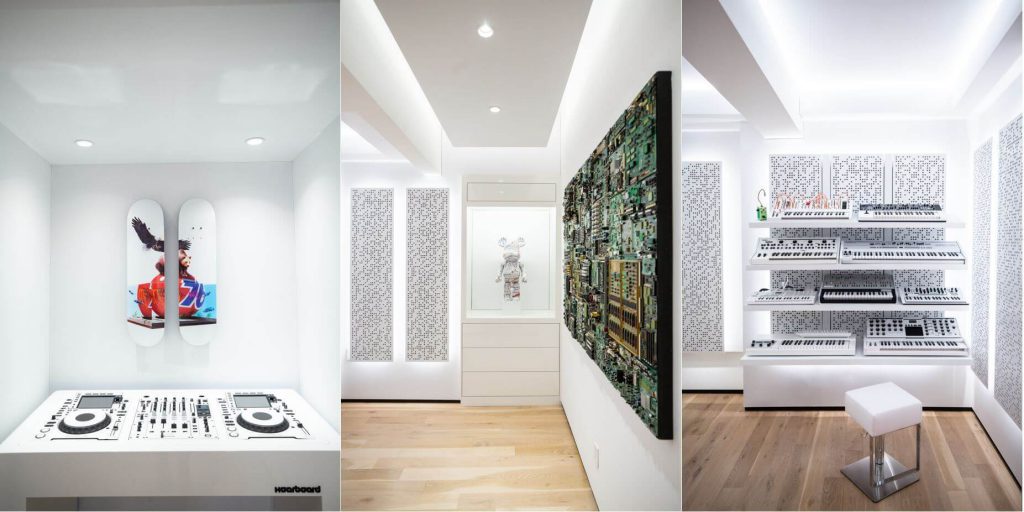 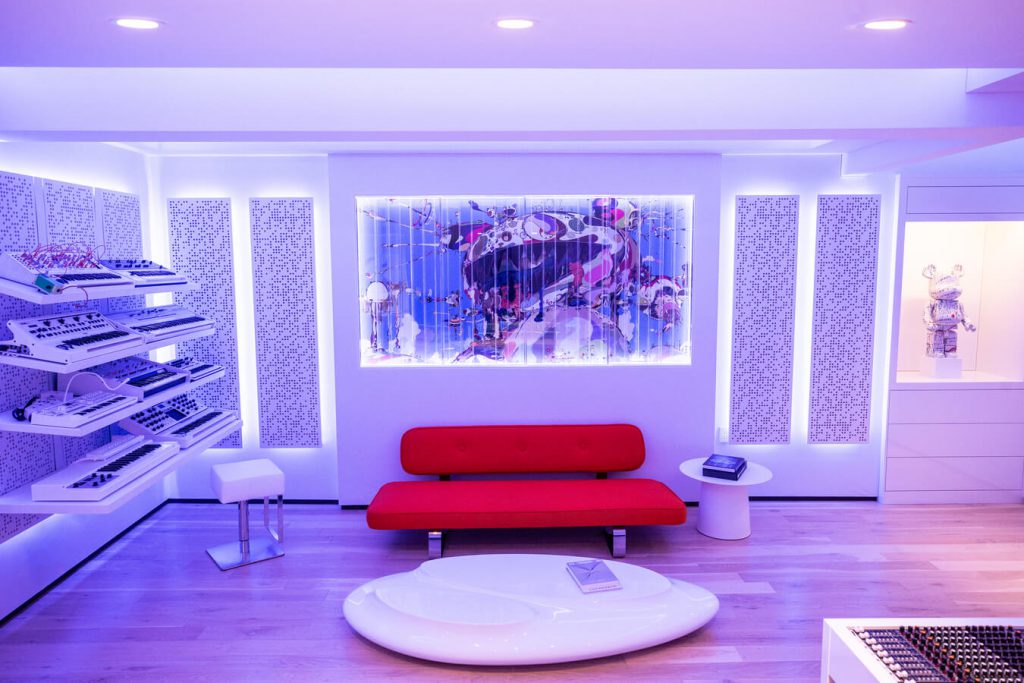 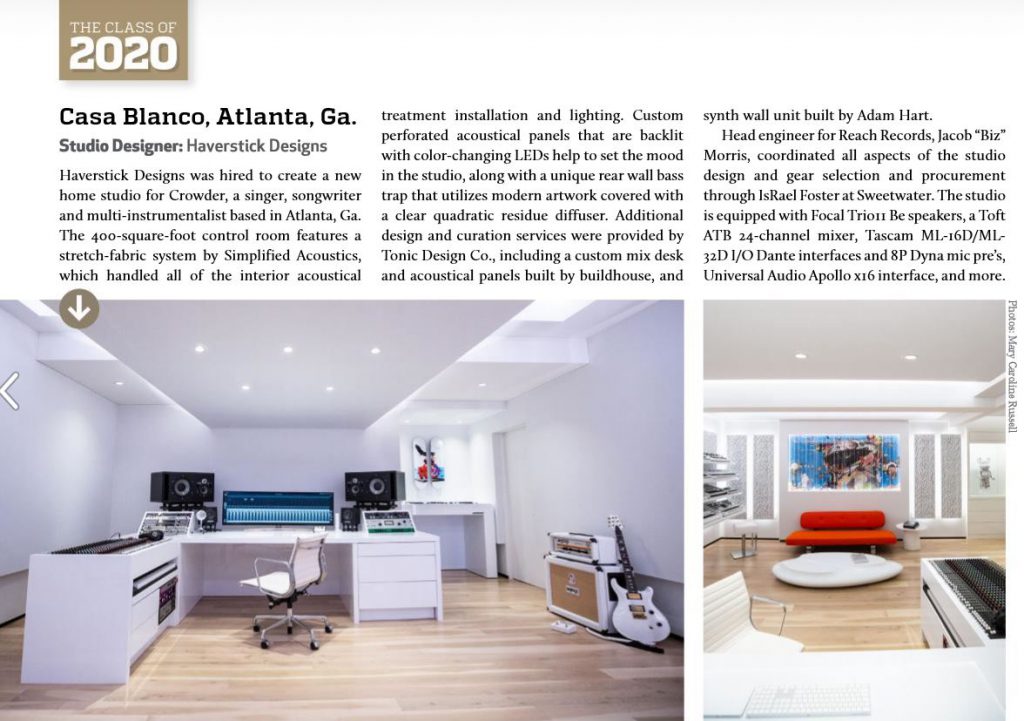