Satellite J is a private studio for producer/engineer Jeffrey Jey who is also known for being the lead singer of the group Eiffel 65, whose 1998 hit “Blue (Da Ba Dee)” reached #1 in over 20 countries, selling millions of copies worldwide. The interior acoustical treatment design utilizes a variety of products from Vicoustics, such as the Cinema Round Premium, VicPattern Ultra Wavewood, and Super Bass Extreme Ultra, giving the room a futuristic appearance. The treatment was spaced away from the wall with wood blocking and backfilled with insulation to improve low frequency response and provide space for LED lighting. Jeffrey is an official Studio DMI engineer and this private studio is an official Studio DMI satellite studio that is now acoustically and aesthetically fit for his creative and mix & mastering process. 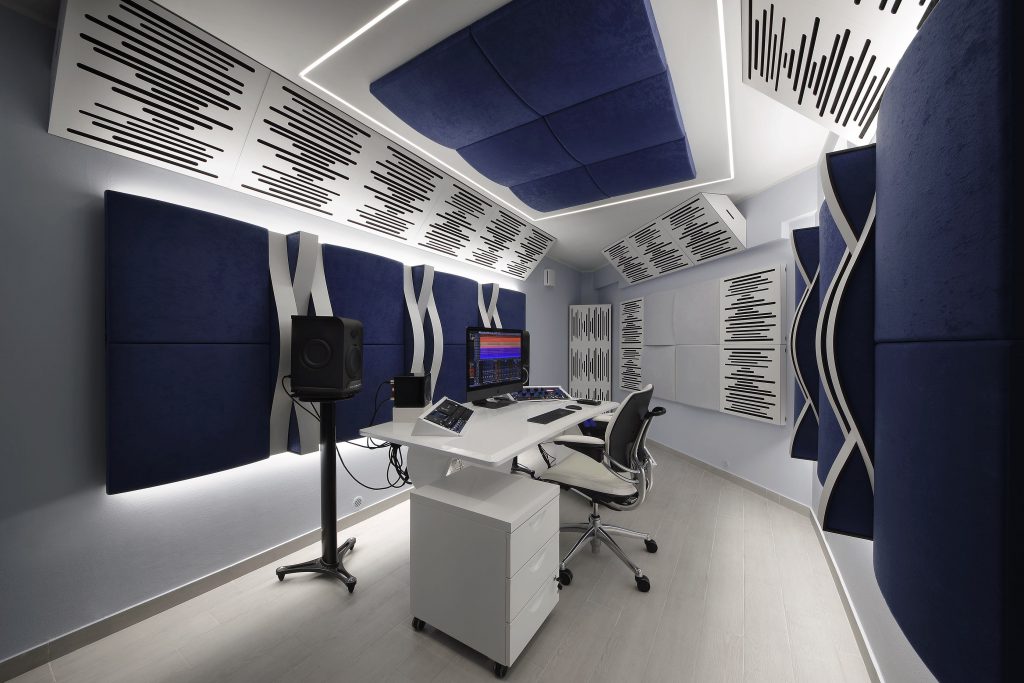 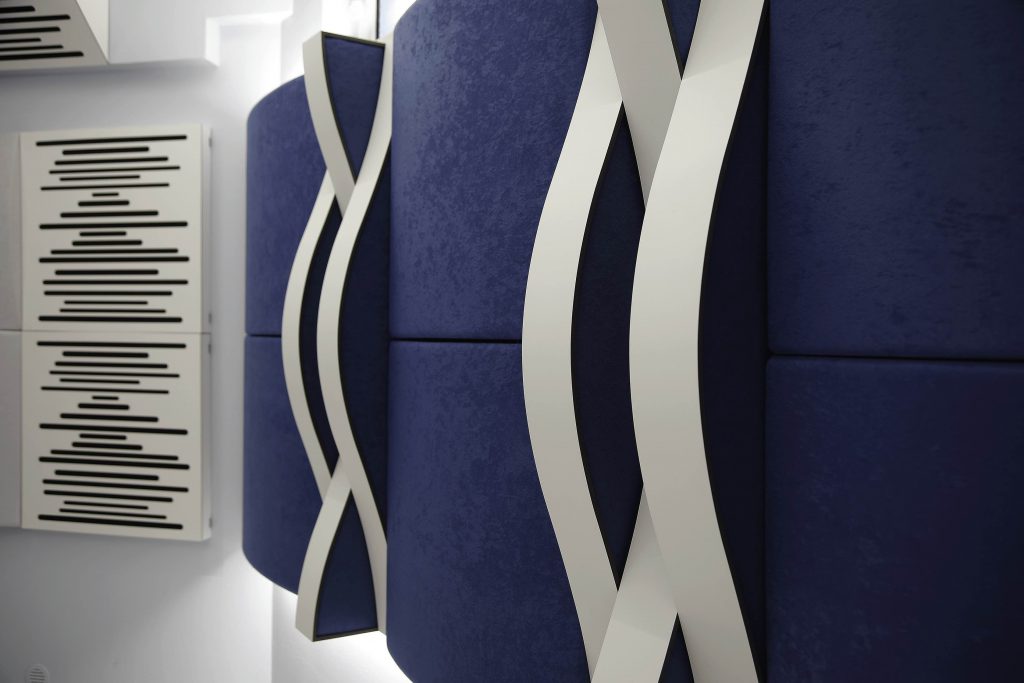 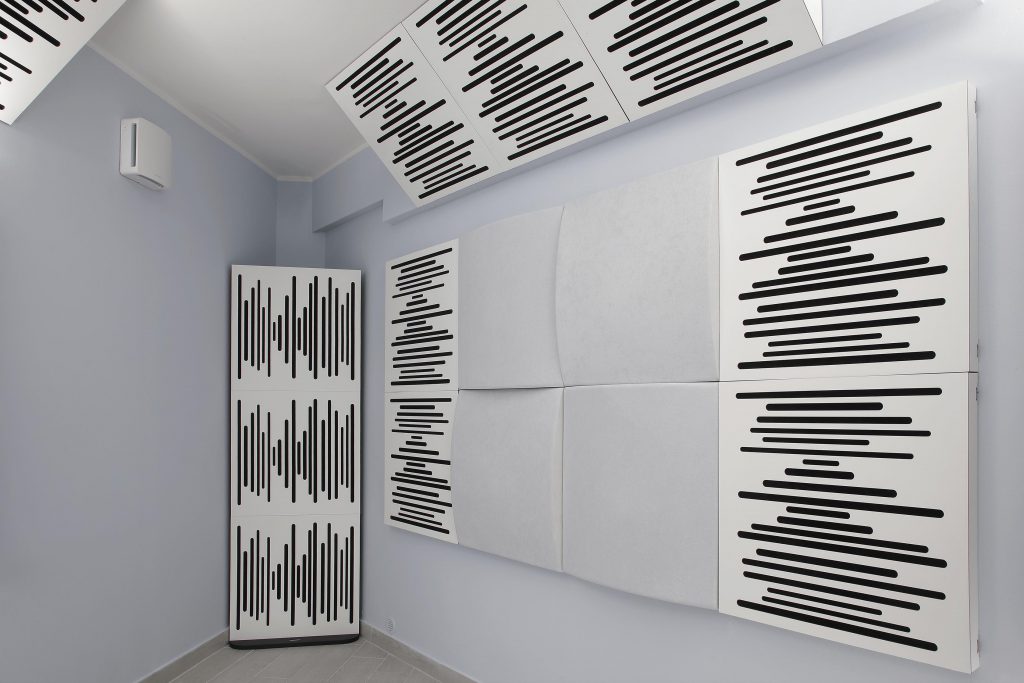 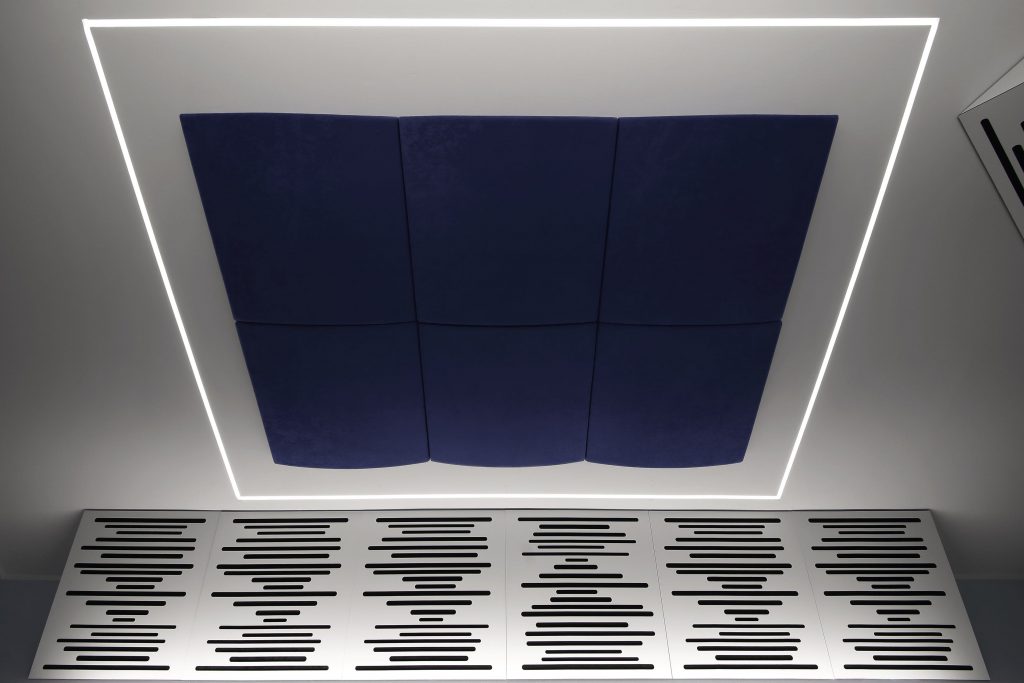 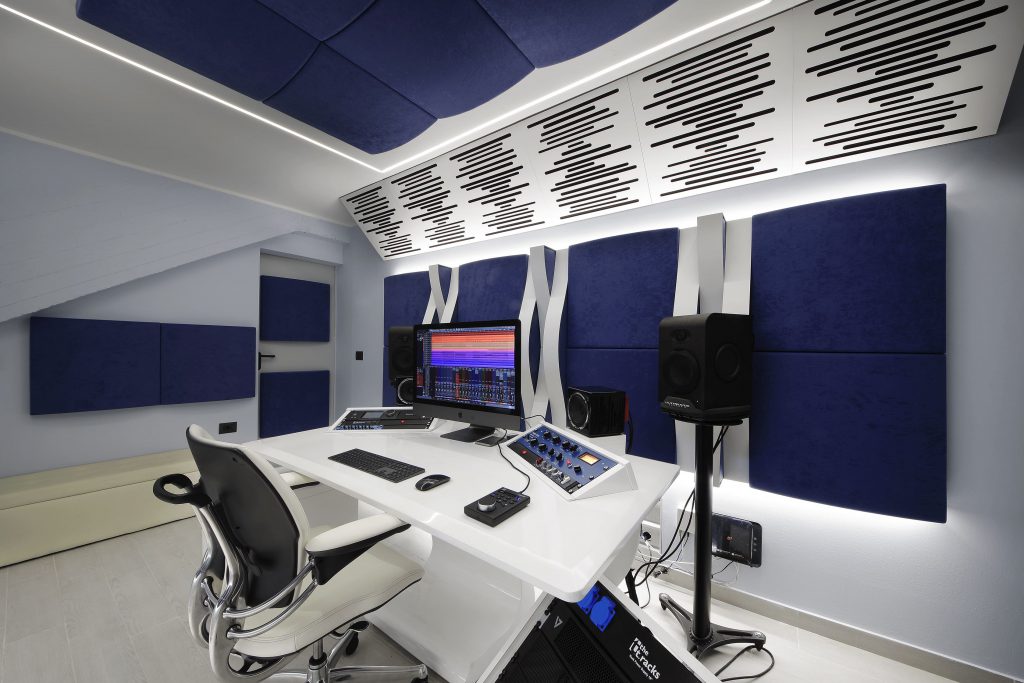