When Tyler Joseph from Twenty One Pilots set out to write and record their newest album, he knew he wanted to be home. Haverstick Designs was hired to design this basement studio to ensure that by recording at home, Joseph did not sacrifice anything in terms of sound quality. Acoustical treatment included a custom stretch-fabric system installed by Simplified Acoustics, Vicoustic Multifusers and the patented Flex-48 Adaptative Treatment System by Acoustical Fulfillment. Extensive sound isolation techniques were also used to avoid disturbing the rest of his home. Next Era Audio Technologies (NEAT) handled all gear selection, integration and installation while TriPhase Technologies served as the general contractor and interior designer, bringing the design to life. Soffit-mounted ATC SCM110ASL speakers coupled with stand-mounted Focal SM9 monitors were run through a JBL Intonato 24 Monitor Management Tuning System, allowing us to set up multiple listening locations that had similar responses for when Joseph was sitting at the desk or standing while tracking live instruments or vocals. 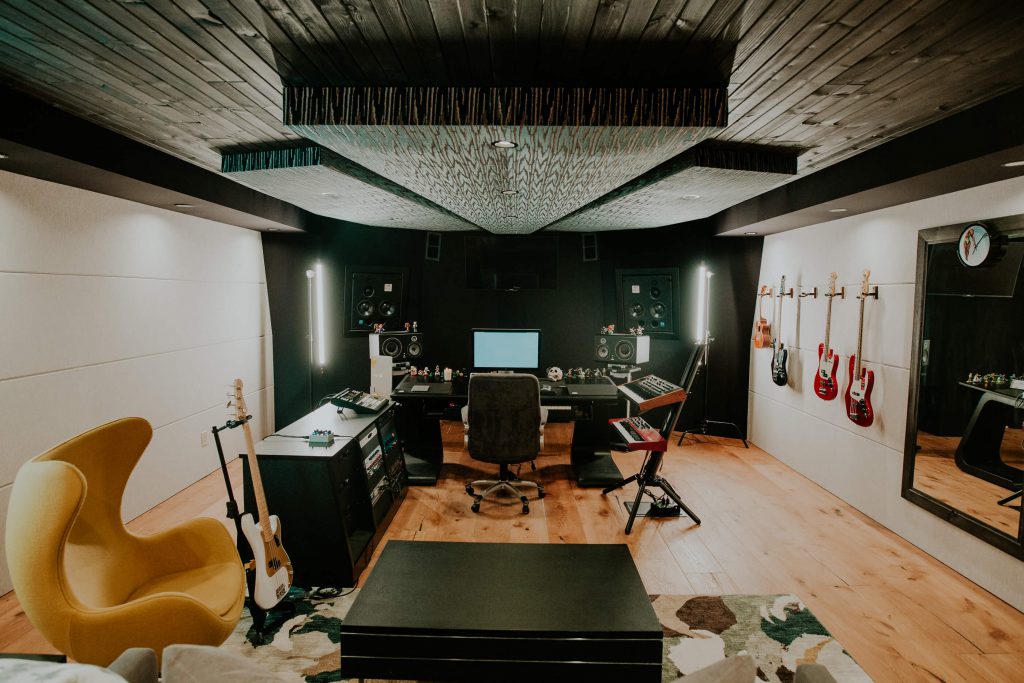 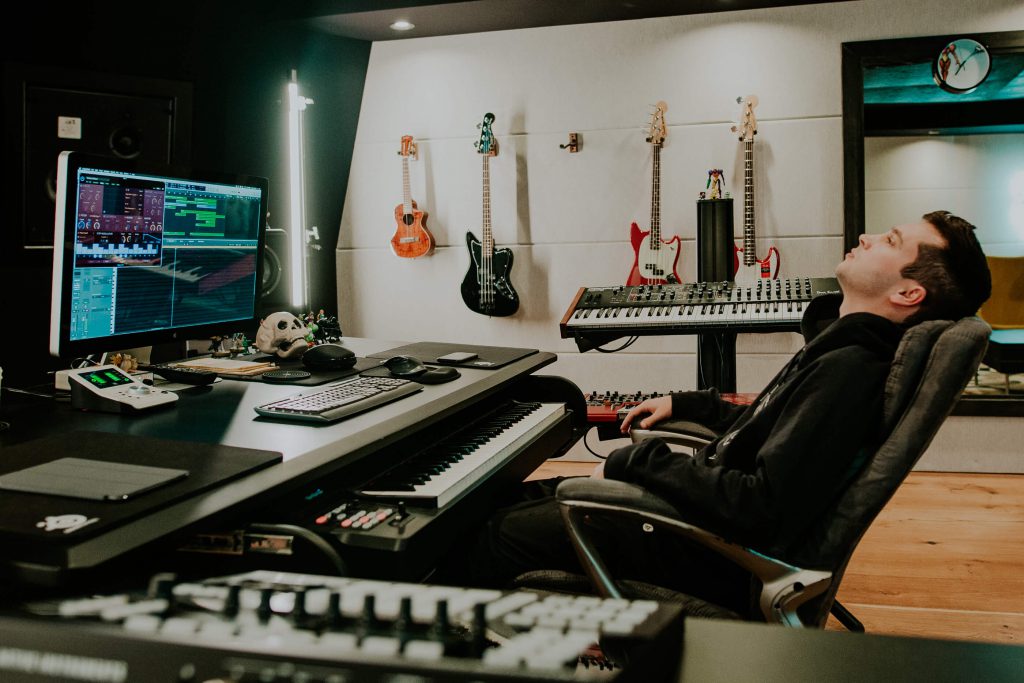 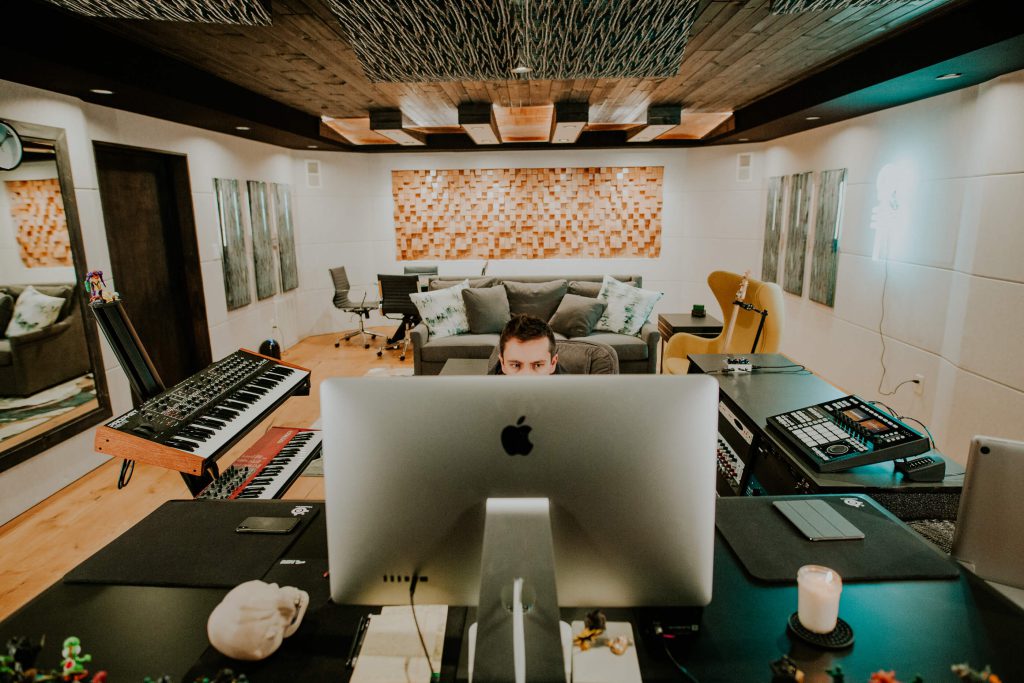 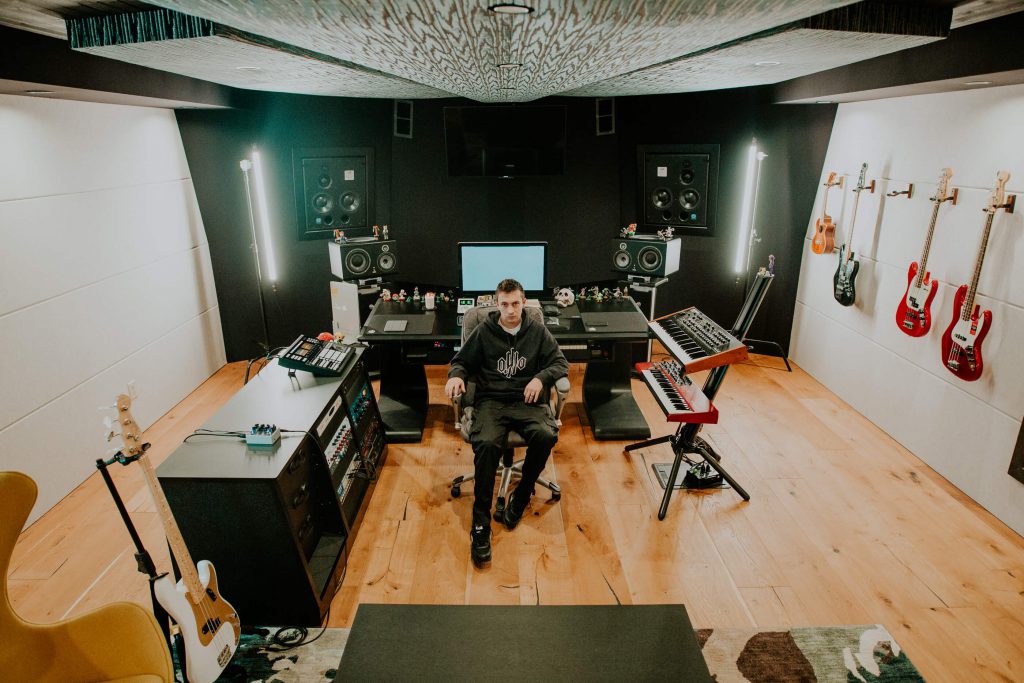 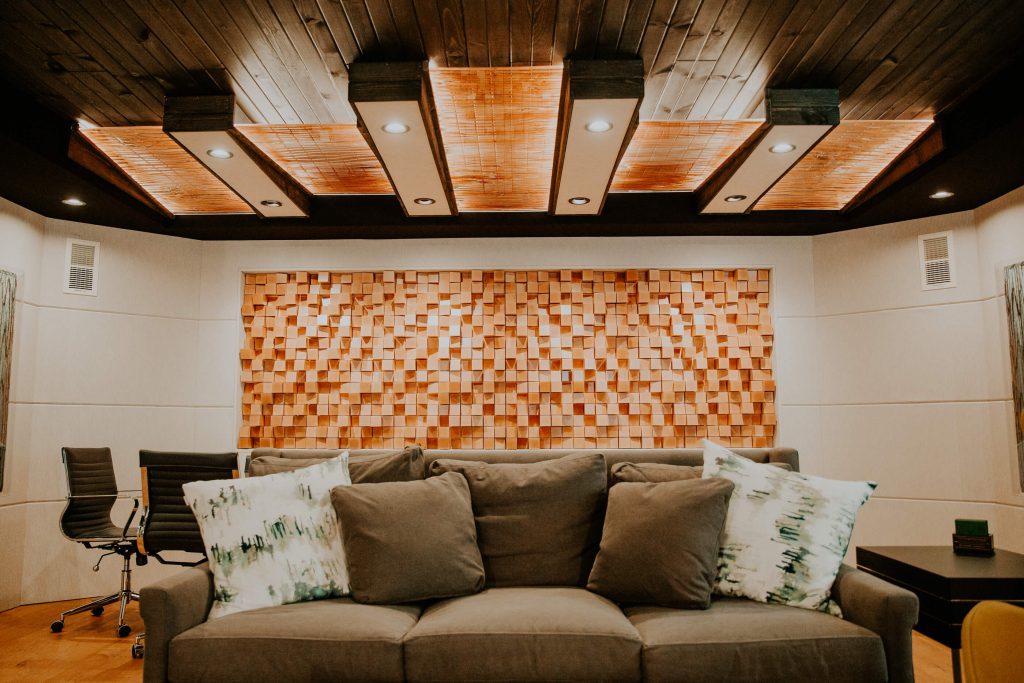 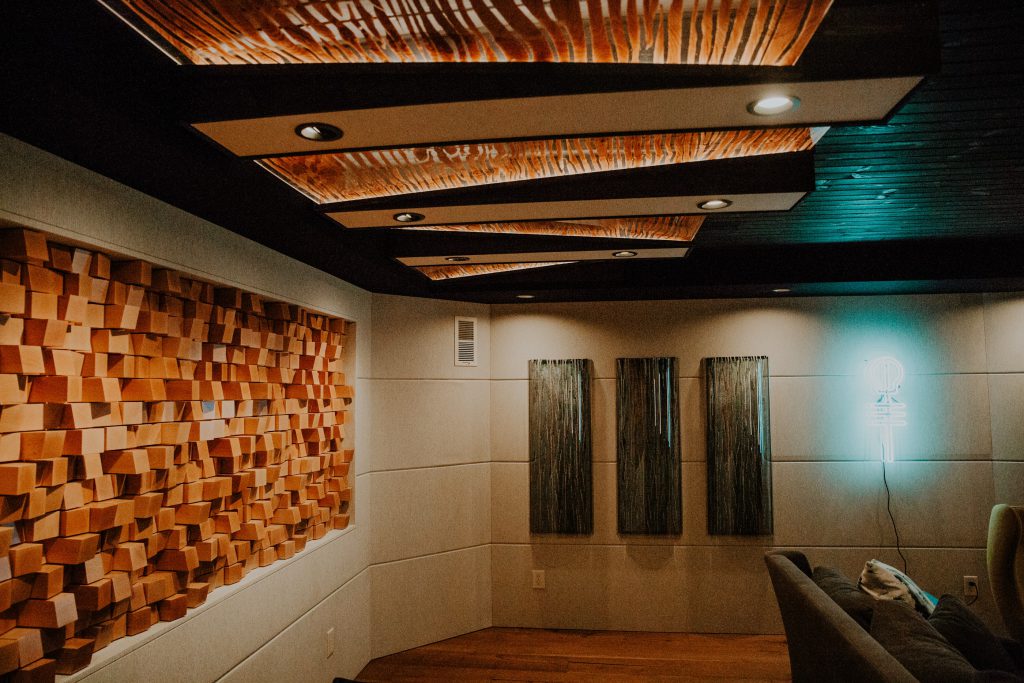